Have you picked up your copy of Collide by Melissa West yet?

If not you will definitely want to after this week’s Teaser Tuesdady.

My gaze drifts over to Jackson to find him watching me, his blue-green eyes no longer beaten, but strong. Alive.

I walk over and press my hands to the glass, my eyes never leaving his. In them I see everything he’s thinking and feeling. His anger at Kelvin. His sadness at losing Mami. His love for me, an unwavering fire inside him. And then I see his determination, so clear it’s as though I’m thinking it myself—he’s going to kill Zeus.

Jackson nods once to me, and I grip the glass tighter, feeling its composition, and then the glass vibrates, harder and harder. Law goes still. I draw a breath, my focus on the boy I love and his raging eyes, and then a tiny crack splits out from my right pinky finger like a spider web across the glass, splitting again and again. Another starts from my left hand and I lean farther into the glass, imagining Jackson and me back on Loge, Emmy and Mami, and then the window bursts, the glass shooting out in a thousand directions.

Jackson stands slowly, effort etched into his face, the muscles in his arms flexing. The door to his room starts to open, and my gaze flashes over, every fiber in me focused on keeping it shut. “They’re coming,” I say.

“It doesn’t matter,” Jackson replies, his voice like a warm blanket over my heart, soothing the ache that’s been there since he disappeared. The ache I feared would never go away. “They can’t contain us. They will never contain us.” 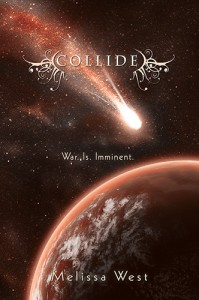 THE TRUTH BEHIND ATLANTIS BY GLORIA CRAW

Teaser Tuesday: Greta and the Glass Kingdom by Chloe Jacobs

Dear Teen Sarah, You thought being called “Horse Hair” in second grade was bad, and it made you want…