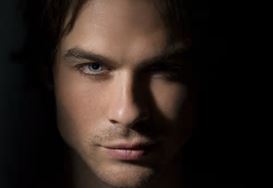 Damon Salvatore from the Vampire Diaries. He is such a prick. 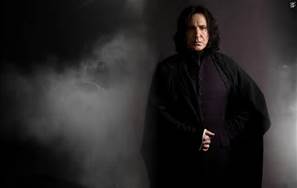 Professor Snape does his best to get Harry Potter in trouble. 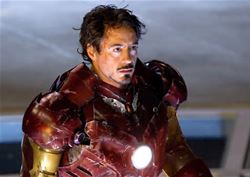 Tony Stark aka Iron Man is an arrogant ass. 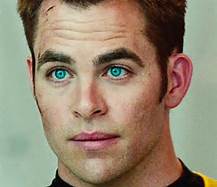 The young Captain Kirk has a huge chip on his shoulder. 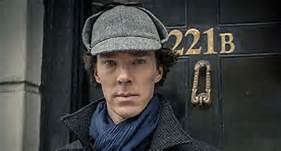 Sherlock has no freaking social skills or filter.

Daemon Black from Obsidian can be downright MEAN.

I don’t think I’m alone in having a thing for unlikable characters. Half of you reading this have already pictured an unlikable hottie (and drooled on your keyboard)…or have scrolled back up to take another peek at one these guys.

Even though these guys are screwed up somehow, they have redeemable qualities that, for some reason or another, resonate with me. Damon Salvatore tries endlessly to do the right thing, but he often caves to his own selfishness. But I admire him because he’s passionate and intense. Snape? I don’t want to spoil anything for those who haven’t read/seen the entire Harry Potter series, but he rectifies himself in the biggest way imaginable. Tony Stark lets his ego get in the way, but he also cares so deeply for justice I’m willing to overlook his big head. The young Kirk has something to prove and is stubborn to the point of frustration, but he’s impulsive and brave. Sherlock? Yeah, he often says hurtful things and can’t interact with people in general, but his intellect makes up for that tenfold.

Last year I read the same adult novel as a friend. She didn’t care for the book because she didn’t like the main character. I, on the other hand, could relate to the flawed main dude and enjoyed the book. So, for me, I don’t have to “like” a character, but I want to identify with them on some level. (And when I say “likeable,” I don’t mean perfect. Perfect characters are boring and unrealistic.)

So, tell me! What “unlikable character” from a book, movie, or tv do you love?!

Don’t miss today’s Teaser Tuesday from Illuminate by Tracy Clark, on sale 9/21/15. Even …

What if you were forced to face your worst nightmares? Don’t miss today’s Teaser Tuesday…