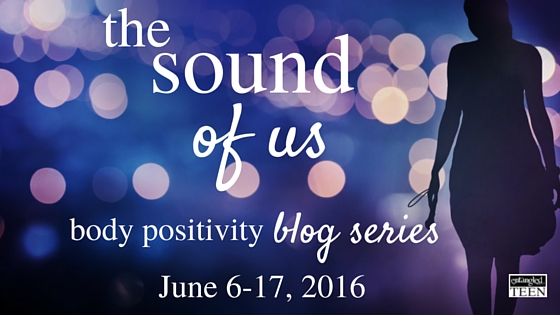 Are you ready for The Sound of Us‘ body positivity blog series?

If you’ve read Julie Hammerle‘s debut YA novel, The Sound of Us already, then you know that one of key characteristics of Kiki, the main character, is her penchant for describing other people she meets by way of other, well known TV or movie characters, aka their celebrity twins. It should come as no surprise that this is her normal because she’s a huge part of the Project Earth fandom, which is a faux TV show in the book’s world described as “Alias meets Battlestar Galactica meets Shondaland.” ( Is it any wonder that we really wish this show existed IRL, and if we had any sway with Shonda Rhimes, we’d make some calls so it happened?)

However, in one poignant moment that had Kiki pulling at our heartstrings, she addresses the reader her own lack of a celebrity twin:

(You’re probably wondering who my celebrity twin is. Well, there aren’t a lot of women in pop culture who have my body type, i.e. dumpy. I’m too fat to be thin and too thin to be fat. Head-wise, I have the glasses and mouselike features of Mary Katherine Gallagher from Saturday Night Live with hair like Hermione before someone gave her hot oil help between the second and third movies.)

When we read that passage our hearts hurt for Kiki, the girl who doesn’t see herself represented in any of the TV and movies that she holds so dearly. And we’re pretty sure that other readers – and soon to be readers – of The Sound of Us would feel the same way since the vast majority of teens and young women don’t have the body shape of Hollywood celebrities…or if they do, they are criticized for it relentlessly.

So it was for this reason that in addition to a regular blog tour with reviews, we wanted to invite authors, bloggers, and booktubers to share their top 10 lists for, stories of, and responses to the concept of body positivity over the course of the next few weeks.

Here’s the schedule of posts that we’ve devised so far:*

Melissa on Books are Love

Suze on With Love for Books

Ali on Dazzled by Books

Alyssa on the Pucks and Paperbacks’ Booktube Channel

Eli on The Silver Words

Camille Espiritu on The Young Folks

Tiff on Mostly YA Lit

* Missed the sign up for The Sound of Us‘ Body Positivity Blog Series? Think you signed up, but don’t see your name listed on the schedule? (Sorry we experienced a little technical difficulty with the sign up form.) Contact me at melissa {at} entangledpublishing {dot} com and I’ll get you added to the schedule!

Want to Watch the Book Trailer? 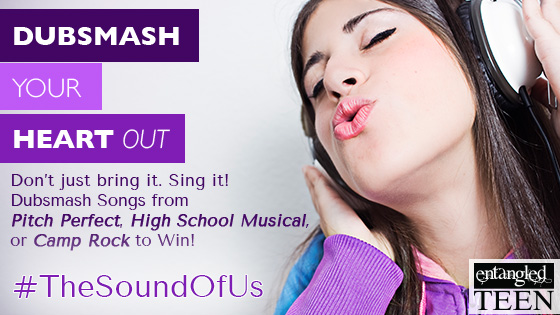 Dubsmash Your Heart Out! (US Only)

Want to Learn More About The Sound of Us or to Order a Copy? 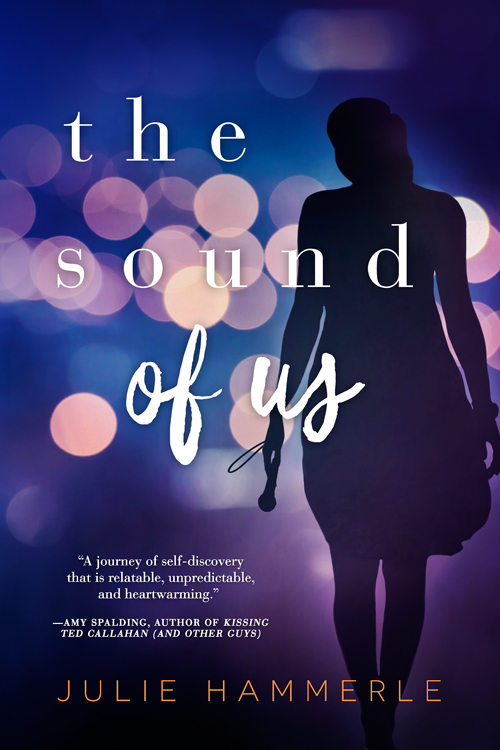 Swoon Sunday: Jack Murphy from The Sound of Us by Julie Hammerle!

When authors write books that deals, heavily, with magic, they still need to make them logical. If t…