“Anna,” he whispers from behind me. When I don’t turn to him, he walks around and stands in front of me. “You can’t let them get to you.”

I shake my head, fighting the tears. The more I react, the more he’ll suspect I’m not what he thinks I am. I’m not that good girl with a slightly troubled past. No, I’m royally fucked up.

I’m not the damsel in distress.

It’s only a matter of time before he realizes this.

“I don’t understand why you let it get to you so much, Anna. What they say…it’s stupid. It’s not true, so it doesn’t matter.”

I choke on another sob. Only it is true. I wish I could tell him this. Maybe I should. Maybe I should just rip the Band-Aid off. Take off my mask and let him see the scars beneath. Then I could stop being so scared he’ll figure it out on his own.

Except I can’t bring myself to do it. I don’t want him to see.

I don’t want him to change the way he looks at me, the way he feels about me. I need his faith in me. It’s the only thing keeping me going right now. 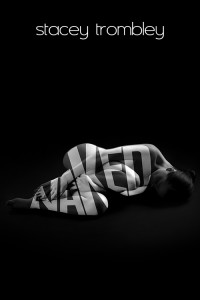 Lisa Brown Roberts had a fabulous launch party to celebrate the release of her debut book, How (Not)…