Readers loved Going Down in Flames by Chris Cannon, now take a peek inside the sequel…

“Everyone in Dragon’s Bluff receives swords on their sixteenth birthday as a reminder of who we truly are. We train as a way to stay in shape and to keep our skills sharp.” Valmont wiggled his eyebrows.

Bryn groaned. “Was that an intentional pun?”

Bryn accepted the sword he held out to her. It wasn’t as heavy as she thought it would be. “Can you teach me how to use this?”

“Isn’t it too dark?” “Nope.” They stepped out the back door into the twilight. Valmont flipped a switch, and lanterns hanging from the eaves of the house bathed the backyard in warm yellow light. It would have been beautiful except for the fir trees that resembled short telephone poles scattered about the yard. Most of the branches had been cut off, and they were only a bit taller than Valmont.

Bryn pointed at one of the oddities. “Is that some sort of knightly landscaping?”

“No. I want to clear this area to make room for a picnic table and a barbecue grill. Cutting down trees is great forsword practice.” He pointed toward a stump about ten feet away. “Sit over there and watch. You’ll understand how knights can defend themselves.”

Valmont swung at a branch five inches thick. He cut through the limb like it was made of cream cheese. Swinging the blade in a reverse arc, he sliced through another thick branch.

Maybe he could fight a dragon. “I’m impressed.” 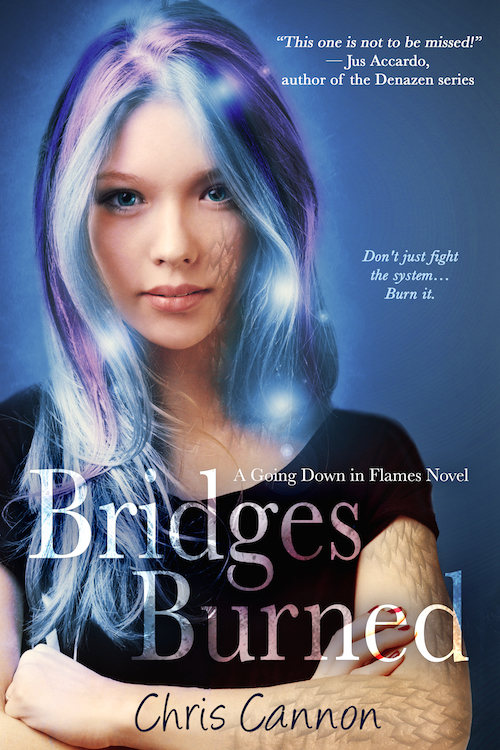 Speed Round with Tonya Kuper

Don’t miss Mia and the Bad Boy by Lisa Burstein and Center Ice by Cate Cameron on sale now! &n…