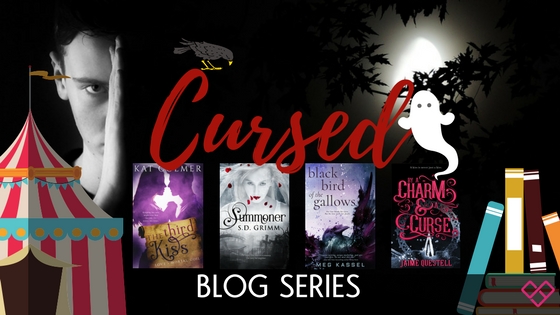 And now here’s Romily Bernard, the author of Never Apart:

I have a surprising number of conversations about curses—or maybe not so surprising. I’m a writer. A lot of my friends are writers. We’re interested in stuff like that. Usually, when talking curses, we’re discussing paranormal or fantasy books. But as I was writing NEVER APART, the idea of a curse kept coming up, which was a little weird considering I was writing a contemporary thriller.

Then again, maybe we’re all cursed. I firmly believe we all eventually sit down to a banquet of consequences. Whether we realize we’ve brought it on ourselves or not could be our curse.

In my heroine’s case, she was caught in an unending cycle of slipping from parallel universe to parallel universe. It was like a curse, and only once she confronted it could she break the cycle. I’d like to think we could do the same thing in real life: face our fears, our curse, our limitations, and come out the better for it. 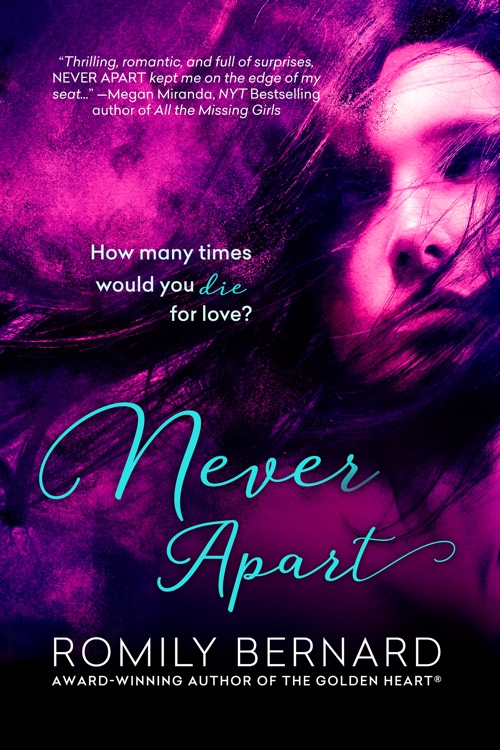 Her YA thrillers FIND ME, REMEMBER ME, LIE FOR ME, TRUST Me, and NEVER APART are now available.