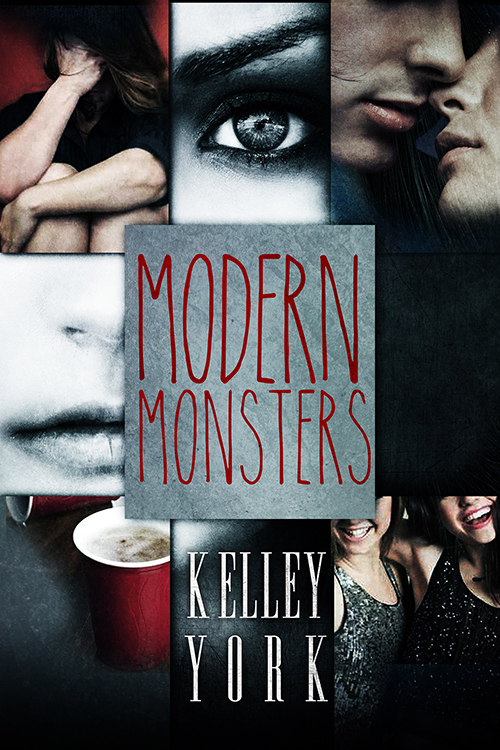 Our second amazing cover reveal for this week is Modern Monsters by Kelley York. This is one hard hitting, emotional read you won’t want to miss. Vic Howard never wanted to go to the party. He’s the Invisible Guy at school, a special kind of hell for quiet, nice guys. But because his best friend is as popular as Vic is ignored, he went…And wished he hadn’t.Because something happened to a girl that night. Something terrible, unimaginable, and Callie Wheeler’s life will never be the same. Plus, now Callie has told the police that Vic did it. Suddenly, Invisible Vic is painfully visible, on trial both literally, with the police, and figuratively, with the angry and judgmental kids at school. As the whispers and violence escalate, he becomes determined to clear his name, even if it means an uneasy alliance with Callie’s best friend, the beautiful but aloof Autumn Dixon.But as Autumn and Vic slowly peel back the layers of what happened that night, they realize that while the truth can set him free, it can also shatter everything he thought he knew about his life…

Find out more about Kelley York

Let us know what you think of the cover for By A Charm and A Curse by Jaime Questell, which releases…