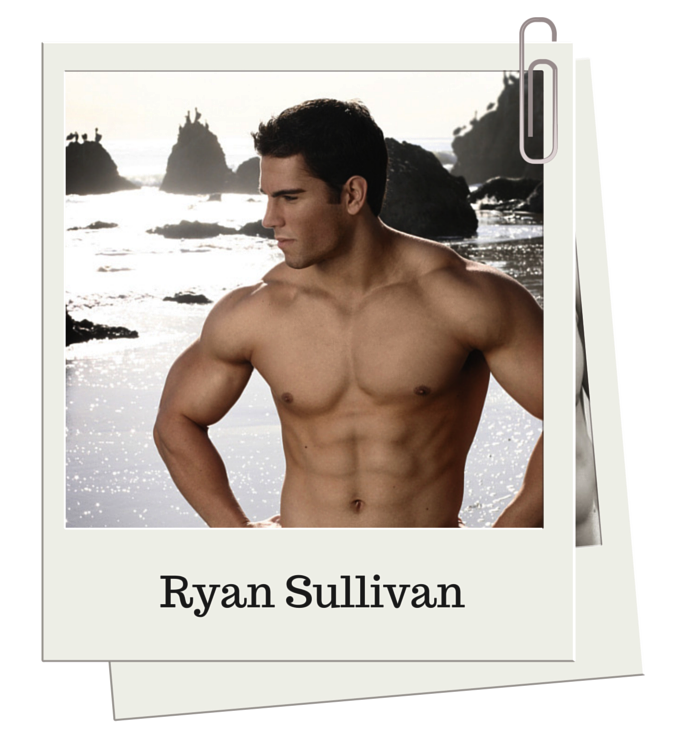 Welcome to Swoon Sunday where you get to meet some of our swoon-worthy heroes.  Today we have a visit from Ryan Sullivan from Through Fire & Sea by Nicole Luiken.

Can you describe yourself Ryan?

What do I look like? I have short, dark brown hair with a blue undertone. People think I dye it, but I don’t (I couldn’t afford it even if I wanted to). It’s natural, courtesy of my supernatural father (probably a merman, but sometimes my mom claims my father is the ocean itself). I’m six feet tall and my eyes are dark blue. Oh, and I guess I’m in decent shape from all the swimming that I do.

When I’m a merman I have a white tail like a dolphin’s–not a green fishy tail like you see in cartoons—nor do I have gills. I do have webs between my fingers, nacre-coated fingernails and an inner eyelid to protect my eyes from the saltwater.

Where do you live?

For most of my life, I lived on a tiny island between Vancouver Island and the coast of B.C. But my luck has changed recently. I can still hardly believe it, but right now I’m living in a Hollywood mansion. Sweet, huh?

Tell us, do you have any special skills people would be dying to know?

Mermen are also sirens, so I was born with the power to influence people with my voice. I try not to use my Voice unfairly, but even when I’m not trying a little bit seeps out. This makes me a good actor. I love being up on stage, really getting into a role, whether it’s Jack from The Importance of Being Earnest or rebel/loner Cody on a soap opera.

For my mom to get better. She has medical issues. Mental issues. Which means I have to take care of her and she can’t work. For most of my life we’ve been really dirt-ground-in-my-face poor. Now things have changed so much I can hardly believe it. It can’t last. I keep waiting for it all to fall apart.

What about your darkest secret?

Are you serious? It was hard enough telling Holly my darkest secret. I don’t know you. I’m not going to tell you jack.

LOL. We had to try.  How about your ideal date then?

Dating sucks when you’re poor. Lots of walks on the beach and watching movies on the couch at Holly’s house. But now that I have an acting career, I’m going to treat Holly right. Rent a limo, roses, take her out to a fancy restaurant and then a club. The whole deal.

I love swimming in the ocean. Even if I can’t change forms, there’s nothing like the silky smooth feel of the water on my skin. I love the ocean in all its moods: when the sun is sparkling on the waves, when the sky is overcast and its deep gray depths call to me, even when it’s stormy and the waves grow taller than a house.

If you won’t share your darkest secret how about the craziest thing you’ve ever done?

When Holly broke up with me the second time, I pretended to be drunk at a Hollywood party and stood out at the end of the diving board. I threatened to jump in the pool and reveal my merman secret unless she listened to me.

Her rescuer laid her down in the soft sand. “As soon as I’m gone, call for help.”

Gone? Holly encircled his wrist with her fingers. She could feel his pulse, strong and steady, under the thin skin. “Don’t go.”

Mirror mirror, hear my call…In the Fire world, seventeen-year-old Leah is the illegitimate daughter of one of the realm’s most powerful lords. She’s hot-blooded—able to communicate with the tempestuous volcano gods that either bless a civilization or destroy it. But then Leah discovers she’s a Caller, gifted with the unique—and dangerous—ability to “call” her Otherselves in mirror worlds. And her father will do anything to use her powers for his own purposes.In the Water world, Holly nearly drowns when she sees—and interacts with—Leah, a mirror image of herself. She’s rescued by Ryan, a boy from school with a secret he’d die to protect. Little do they know, his Otherself is the son of a powerful volcano god at war in the Fire world…and he’s about to fall.As Leah and Holly’s lives intersect, the Fire and Water worlds descend into darkness. The only way to protect the mirror worlds is to break every rule they’ve ever known. If they don’t, the evil seeping through the mirrors will destroy everything—and everyone—they love…

One Voice Against Bullying with Heather Brewer

Welcome to ROUND ONE of the Book Boyfriend March Madness tournament! Today we have 4 exciting matche…