Share Your Thoughts on this Excerpt from Haven for a Chance to Win!

When Rain turned back to Freddie, he bit down a gasp of surprise. She’d stripped off her shirt and tipped her face to the moon, eyes closed, like one would do to the sun at the beach. And here he’d thought the landscape was the most beautiful thing he’d ever seen.

The air was still. Eerily still, and her smooth skin appeared to glow from inside in the moonlight—her black lace bra sheer enough to make him a little dizzy.

Without opening her eyes, she said, “Take off your shirt.”

No way in hell was he going to argue with that. He yanked off his shirt, clutching it in his fist, waiting for his next instruction.

He forgot how to breathe when she opened her pale eyes and moved toward him. Her gaze wasn’t focused on his face, though. It was on his chest. Stopping in front of him, she traced her fingers over the ink.

“Raindrops?” she asked, finger outlining one of the shapes.

“Tears,” he replied, again light-headed as she ran her fingertips over his pec.

She stepped back and, for a long time, stared at the tattoo comprised of dozens of drops in a random pattern over his chest, spilling down his ribs.

She traced a scar on his side with the tip of her finger. One of many marring his body from fights. “Your life has been sad.”

And so had hers recently. Maybe that was why he felt so connected to her. Their shared grief, their shared stand against a harsh, unfeeling, screwed-up world. Their shared solitude.

She turned back to the moon and raised her arms. “Do you feel it?”

Well, that was a wide-open question. He was feeling lots of things.

He imitated her posture, head back, arms out, but felt nothing other than the throbbing hardness he always felt around her.

“So, what do you think about that legend your aunt told you?” she asked.

He opened his eyes to find her studying him. “That the rock can turn men into beasts?” His mind raced, wondering what would prompt that question and what answer she was looking for. Men were beasts. Horrible monsters at times. He’d seen it firsthand. “I believe we all hide a beast inside. The only difference is what form it takes when freed.”

There it was again. That strange warm pull in his chest while she studied him. Like she totally got him—something no one else had ever bothered to do. He’d never been understood or accepted. People saw his size and found out his background and immediately wrote him off as dangerous or not worth the trouble. Not Freddie.

She obviously found his answer acceptable, because she wound her fingers in his hair and hauled him against her for another kiss. Raw, open-mouthed, and hungry. He’d never met anyone like this, who made him burn so hot he thought he might die from need. Recovering from surprise, he placed his hands on either side of her bare rib cage, feeling her body expand and contract with each quick breath. Bones and hard muscle working beneath smooth, soft skin. Skin he wanted to touch all over.

“I like you, Rain Ryland,” she said, dragging her nails down his back.

“Like” didn’t even come close. He was on fire for her. Had thought of her night and day since he first saw those eerily pale eyes and badass attitude. She was smart, strong, and terribly, terribly dangerous, which turned him on like crazy. “I like you, too.”

Something was going on here. Something other than foreplay. “More than I’ve ever liked anyone.” Which was true and unexpected. This was more than physical, which was a terrifying thought for him. Maybe this time he could stay. Maybe this time he’d actually found a home and wouldn’t have to leave everything behind.

He kissed her again, not wanting to think about legends, or leaving, or anything else for that matter. He wanted to just live in this moment as long as it lasted. Running his hands lower, his thumb brushed the unmistakable shape of a condom in her back pocket. He froze, and she smiled against his lips.

“Of me?” It was like she wanted him to fear her.

“No.” He pulled back, amazed at how her eyes reflected the moon like clear glass. “Of this.” He gestured to the space he’d put between them. “Of whatever this is.” The intensity of it. The urgency. And worse, much worse—the potential loss of it. He’d never feared losing something before because he’d never had anything worth keeping. This girl, though. She was different. And he wanted her.

Share your thoughts on this excerpt for a chance to win a book and bag! 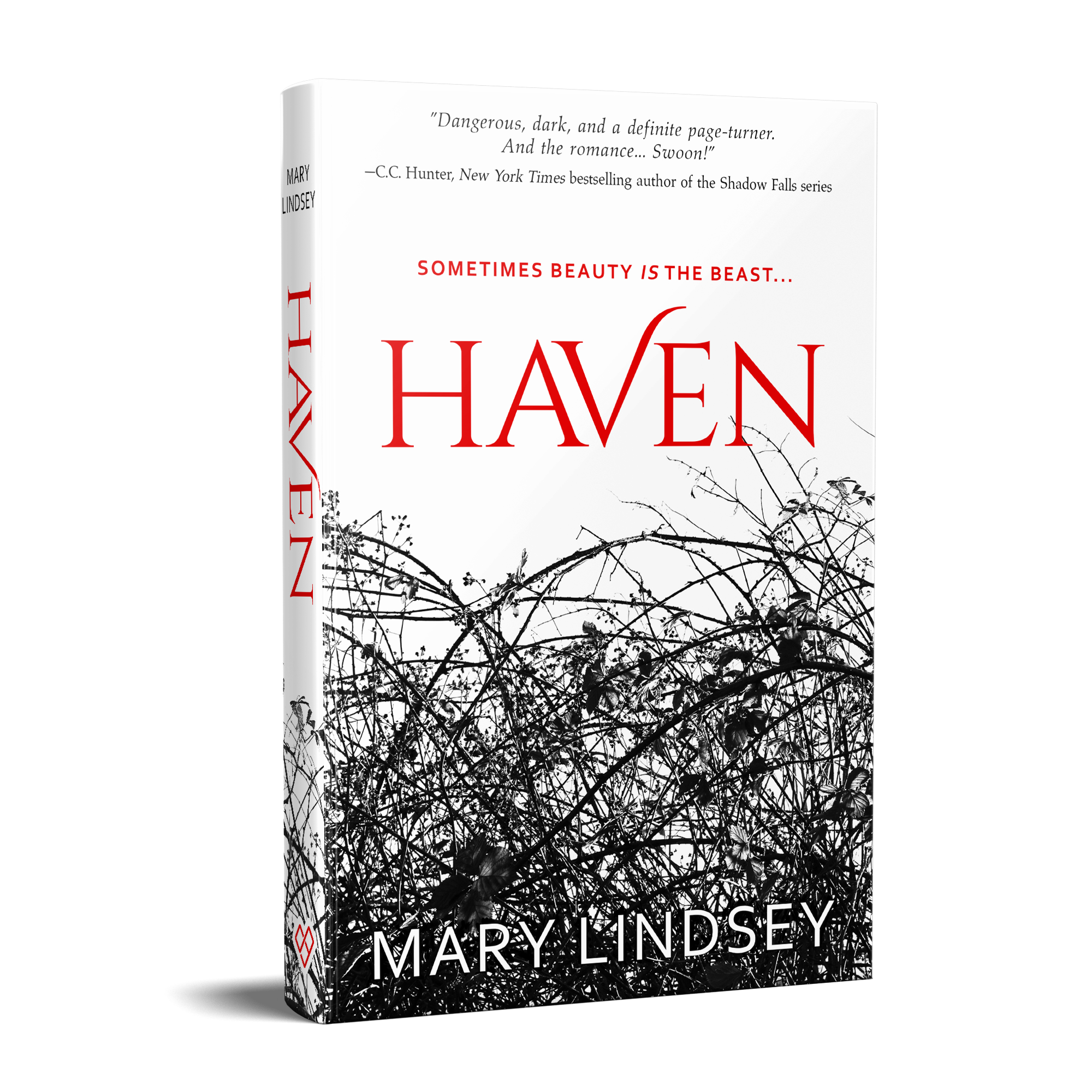 Rain Ryland has never belonged anywhere. He’s used to people judging him for his rough background, his intimidating size, and now, his orphan status. He’s always been on the outside, looking in, and he’s fine with that. Until he moves to New Wurzburg and meets Friederike Burkhart.

Freddie isn’t like normal teen girls, though. And someone wants her dead for it. Freddie warns he’d better stay far away if he wants to stay alive, but Rain’s never been good at running from trouble. For the first time, Rain has something worth fighting for, worth living for. Worth dying for.

Want to read more? Pre-order your copy of Haven by Mary Lindsey today! 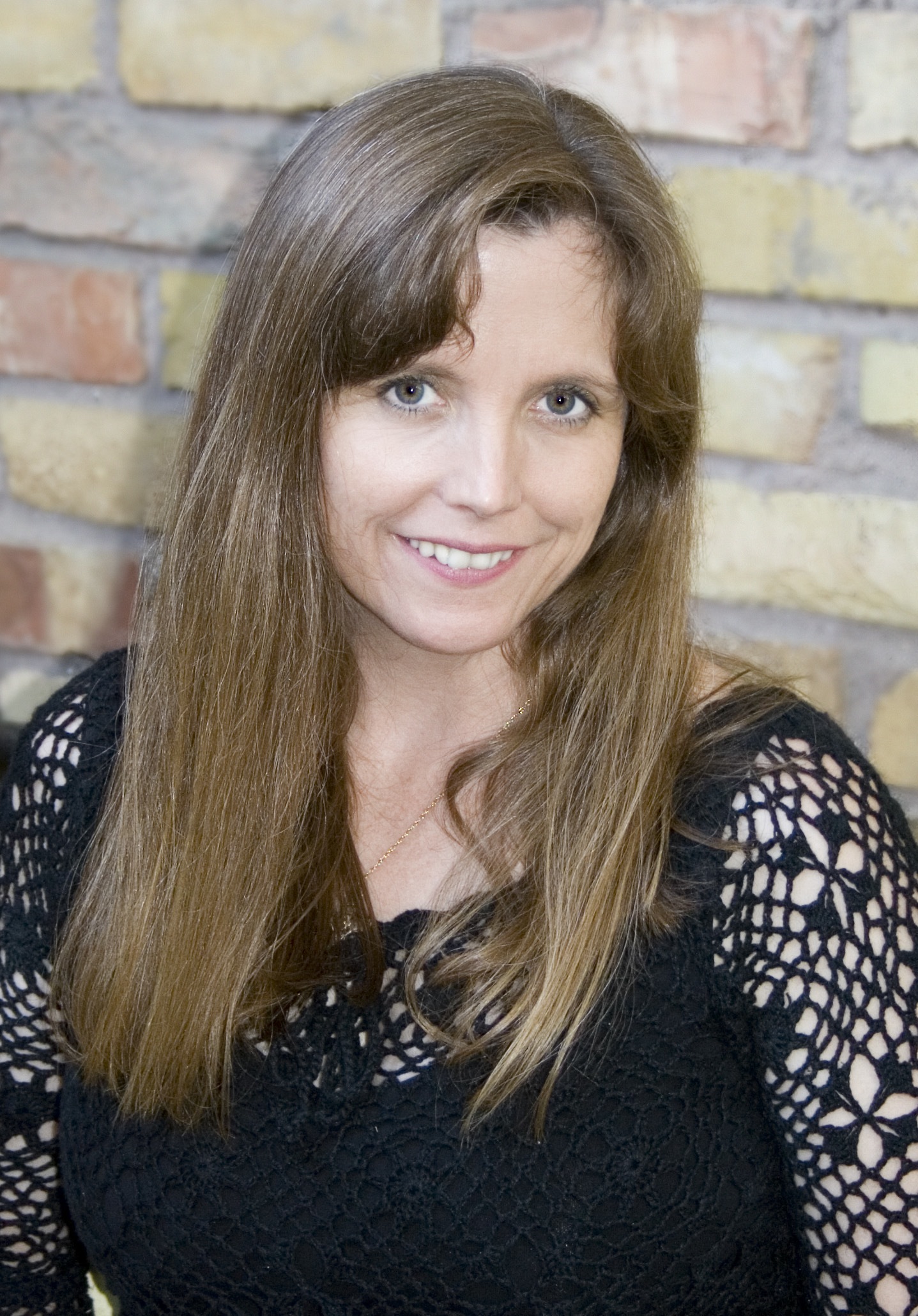 Mary Lindsey is a multi award-winning, RITA® nominated author of romance for adults and teens. She lives on an island in the middle of a river. Seriously, she does. When not writing, she wrangles her rowdy pack of three teens, two Cairn Terriers, and one husband.

Inexplicably, her favorite animal is the giant anteater and at one point, she had over 200 “pet” Madagascar Hissing Cockroaches. The roaches are a long story involving three science-crazed kids and a soft spot for rescue animals. The good news is, the “pet” roaches found a home… somewhere else.

Did You Hear the Big News about True Born? At Entangled TEEN, we’re thrilled to announce that …