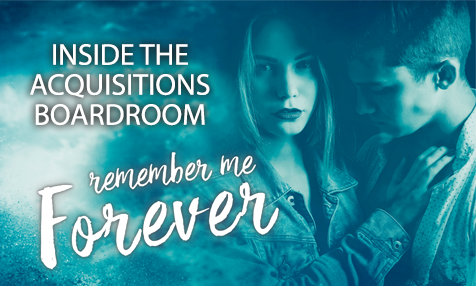 Inside the Acquisitions Boardroom:

One question we get asked frequently as editors is whether or not we’d consider acquiring a book that has already been self-published. Many authors who’ve previously self-published are looking to transition over to traditional publishing, and Entangled as a hybrid publisher is often a solid option. My answer is usually “it depends,” however. A previously self-published book has usually either already hit its saturation point with readers or it never found enough to begin with. So not only would I have to love it on its own merits, but it already would have had to perform at a certain level—high enough to have proven readership potential but not so high that we couldn’t conceivably take it to the next level of success.

When Sara Wolf’s Lovely Vicious series came across my desk, though, I essentially didn’t care because I loved it that much. Maybe it’s the way she laments having to move to the Buttcrack-of-Nowhere, Ohio. Maybe it’s the way she punches Jack Hunter—the “Ice Prince” of East Summit High—in the face after he spurns her friend. Or maybe it’s how she’s actually quite broken inside, and her impossible confidence and hilarious one-liners come from a place of deep vulnerability and dark hurt that she may never fully overcome. Whatever the reason, it’s impossible not to fall in love with Isis Blake. The fact that the series had already sold extremely well and garnered a ton of positive reviews online was the icing on the proverbial prince. It hit the exact sweet spot I was looking for in a self-published series.

Two books and one New York Times bestseller later, the final book in this trilogy, Remember Me Forever, releases today. I’m thrilled and beyond proud that longtime fans can finally discover what happens to Isis and Jack, and so excited that new readers are even luckier, in that they can binge the series all in one fell swoop. (And trust me, you will want to binge this one.)

These are characters I’m hesitant to ever say good-bye to, and I know they will stick with me forever. (Or, as Isis would say, forever…fivever.)

Pick up your copy of Remember Me Forever today! 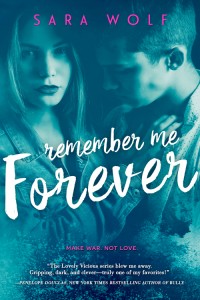 Isis Blake hasn’t fallen in love in three years, forty-three weeks, and two days. Or so she thinks.

The boy she maybe-sort-of-definitely loved and sort-of-maybe-definitely hated has dropped off the face of the planet in the face of tragedy, leaving a Jack Hunter–shaped hole. Determined to be happy, Isis fills it in with lies and puts on a brave smile for her new life at Ohio State University.

But the smile lasts only until he shows up. The menace from her past—her darkest secret, Nameless—is attending OSU right alongside her. And he’s whispering that he has something Isis wants—something she needs to see to move forward. To move on.

Isis has always been able to pretend everything is okay. But not anymore.

Isis Blake might be good at putting herself back together.

But Jack Hunter is better.

Other books in the Lovely Vicious series (click on the cover to find out more): 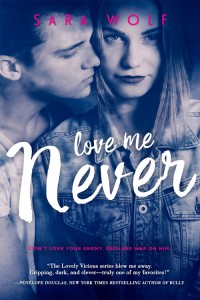 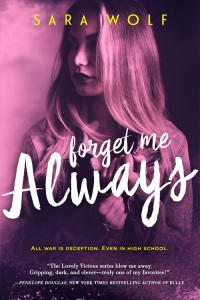 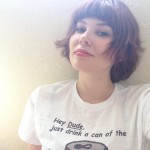 Swoon Sunday: Rebel from The Wishing Heart by J.C. Welker

It’s HERE!   The November #YABookBag is HERE!   Enter to WIN copies of some of our m…

Are you as excited as we are for the release of Red by Alxandra Harvey?! Check out the book trailer …