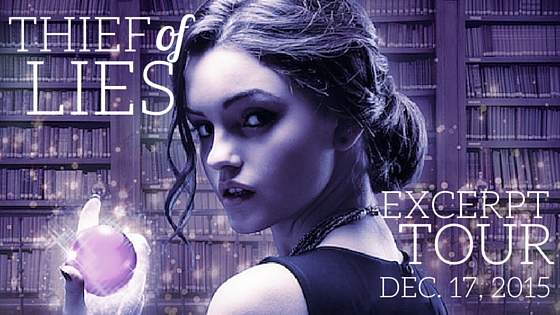 We’re so excited to bring you Thief of Lies, book 1 in the Library Jumpers series, so we’re participating it today’s Excerpt Blitz with a bunch of bloggers who love spreading the word about Entangled TEEN titles!

I pressed the screen, and it went dark. “How do we know he’s not being forced to say this?”

“The password, May Agnes guide you,” Lei replied. “She’s the patron saint of Asile.”

Agnes? That was the silver woman’s name that formed from my globe. Did the saints have something to do with the Chiavi?

I faced Ricardo. “How did you know I was here?”

“Can your pack help us save Couve?” Arik asked him.

“They will, but Gia must go with me.” He noticed the protest forming on my lips. “Merlin said no exceptions. I’m to get you to the shelter.”

From the corridor came yells, scuffles, and the continual wail of the warning siren.

“She can’t fight with us,” Lei said, glancing at the door. “She almost killed Kale.”

I turned to Sinead. “You know what I can do.”

Sinead gave me a pity smile. “Yes, but you have no control over it. Let Ricardo take you to your father and friends.”

I thought of Kale lying motionless, near death, and I hated that she was right. As much as I wanted to stay, I might be more hindrance than help. I caved. “Okay,” I said, defeated. Lei flew out of the room with the Laniars on her heels.

Sinead hugged me, then rushed after them. Arik moved over to me and cupped my face gently in his hands. His eyes held the intensity that always drew me to him.

I swallowed my breath in anticipation. All the sounds around us went silent.

He bent and lightly brushed my lips with a kiss. His lips were soft and oh, so tender. Butterflies swooped and curled inside me, and it felt like the ground disappeared from beneath my feet. He pulled back a little and said, “Regardless of the fact that you’re a royal pain in the arse, I fancy you. Listen to Ricardo and don’t do anything rash.”

He gave me another kiss and rushed out the door. My heart twisted in my chest as he disappeared. I touched my mouth and exhaled. He liked me. It was against the laws, but he told me he fancied me. Maybe we had no future, but we had now.

“What a sweet display,” Ricardo said, dragging me out of my haze. “I’m not one for rules or laws, but I’d be careful there. The punishment would be much worse for him than you.”

“He’s a leader. He knows better.” Ricardo headed to the window. “Are you ready to fly?” 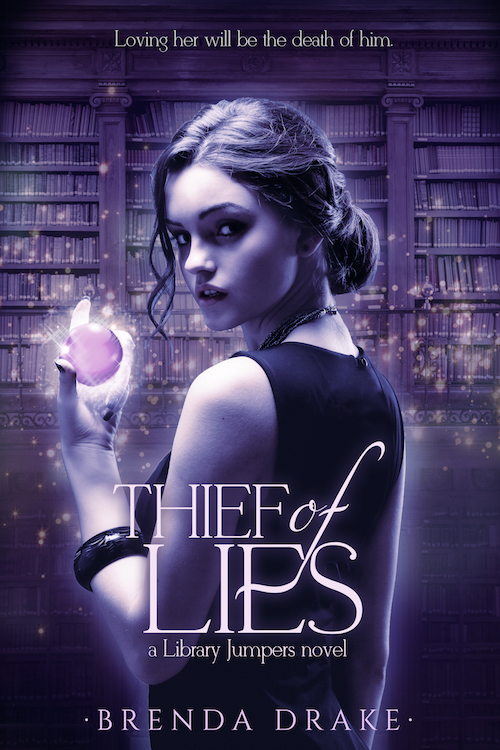 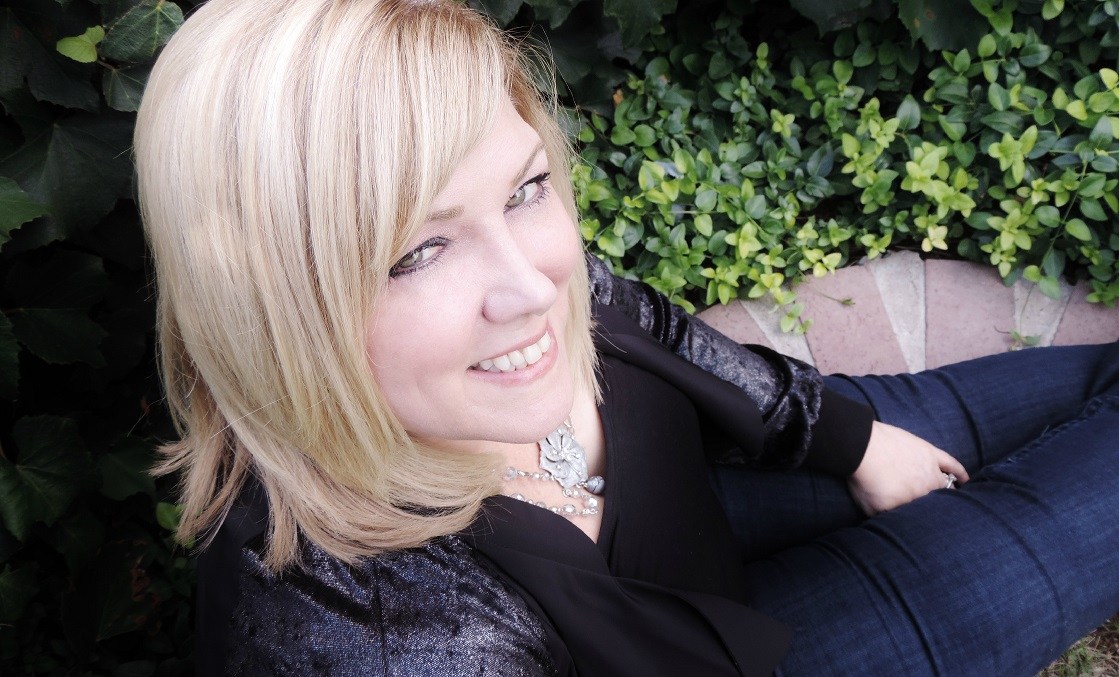 Brenda Drake, the youngest of three children, grew up an Air Force brat and the continual new kid at school. Her fondest memories growing up is of her eccentric, Irish grandmother’s animated tales, which gave her a strong love for storytelling. So it was only fitting that she would choose to write stories with a bend toward the fantastical. When Brenda’s not writing or doing the social media thing, she’s haunting libraries, bookstores, and coffee shops or reading someplace quiet and not at all exotic (much to her disappointment).

Daemon Reads Oblivion: The Last Teaser in Our Video Series