I made my jump into the page. Blackness—dark and cold—surrounded me. I enjoyed jumping through the gateway. I actually looked forward to it now. The chilly air refreshed me and the free fall was a real rush. The faint gray at the end of the portal came into view. I leaned back to slow down. The book flew off the shelf at the same time I came out of it, and I landed with almost no sound on the tiled floor. A few minutes later, Bastien shot out, and we rushed to the exit.

Barely making it to the theater in time, we found our seats just as the lights dimmed. I snuck glances of Bastien’s face during the performance. I could see what Lei meant when she had said he was like a rock star. With his strong jaw and confidence, he could definitely earn himself a fan base of admirers. But there was more to him than that. He empathized with others, and I bet he would never give up the fight for the Mystiks.

When the play finished, we returned to the library and found the gateway book in the Rose Room.

Before jumping into the book, I turned to him. “Thank you for going with me. It would have been boring by myself.”

“I’ve been to many plays,” he said. “This one was done well. But my favorite is still Anna Karenina in London. Have you read the book?”

“No. I’ve wanted to but never got around to it.”

He held his hand up and chanted something under his breath that I couldn’t decipher. Several seconds later, a book flew to him, its pages flapping in the air. He caught the novel and handed it to me.

“Read it and we can discuss the story sometime,” he said.

The green linen cover was worn, and the smell of antique pages filled my nose. “I can’t take this. It’s not checked out.”

“Go ahead. My spell has checked it out for you. Return it when you’re done.” His eyes studying my face made me nervous. “What is your favorite book?”

“The Secret Garden, I suppose.” I suppose? I’ve never felt negative about that book before, but hearing Arik say he only read it because of Oren, and not because he’d chosen to read it on his own, nagged at me.

“I haven’t read that one. I’ll have to give it a look sometime.” He glanced at an expensive-looking watch on his wrist. “I must be off. My Sentinels are waiting for me. We are bringing provisions to a Mystik coven that has fallen on hard times.”

“Yeah, I should get back, too,” I said. “I have a meeting with Nick and Uncle Philip.”

I found the page to James Blackstone Memorial Library in Branford. “Thank you, again,” I said and spoke the charm.

As the book tugged at me, Bastien nodded. “Entirely my pleasure.” 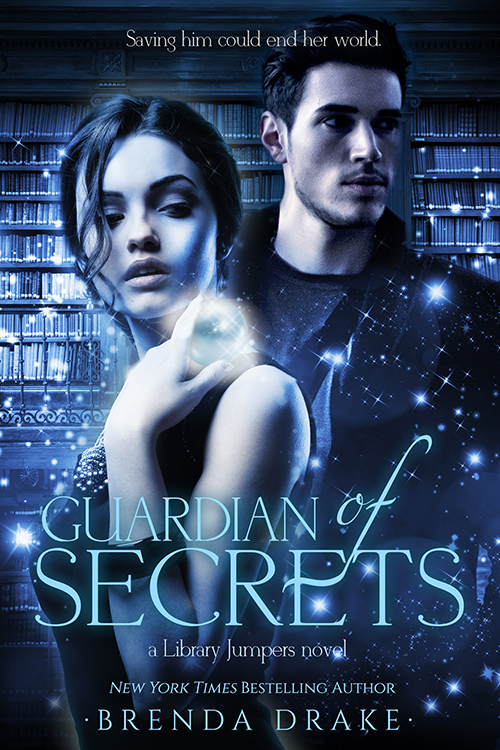 About Guardian of Secrets:

Want to read more? Get your copy of Guardian of Secrets (Library Jumpers, #2) by Brenda Drake today!

We ❤️ Aliens and We Cannot Lie

Dear Teen Nikki, Let me tell you a secret, something it’ll take you years to figure out on your own.…

Did you catch the first excerpt from our upcoming release, Love and Other Unknown Variables? …