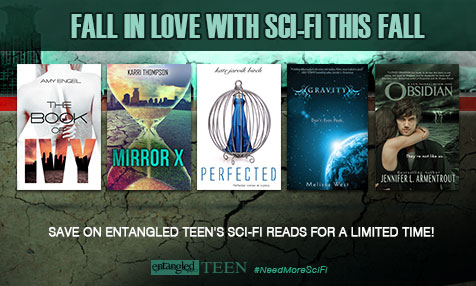 With this concept in mind, we decided to put some of our favorite Sci-Fi backlist titles on sale at various points throughout the Fall. We’re thrilled that, as the title of this post suggests, Melissa West‘s Gravity, the first book in The Taking series, will be FREE from now until Sunday, November 29th!

Want someone else’s opinion on the book and series? Here are some review quotes about Gravity to convince you that you ought to pick it up immediately:

“Gravity will grasp readers tightly, with an ingenious storyline and sharp dialogue. West’s extraterrestrials are unlike anything sci-fi fans have seen.”  – RT Book Reviews, 4 1/2 star and Top Pick rating

“Gravity was such an addicting read! I finished the book in one day, two sittings.” – Emily Anne, Goodreads

“This book is as freaking awesome as its cover.” –  Ellie, Goodreads

Check out this excerpt from Gravity to get a taste for why this series is popular:

I draw a breath, and then his lips find mine. It’s an explosion of emotions—first warmth, then contentment, then fear, so much fear. Of what this will mean, of whether we can succeed, of the guilt that threatens to overcome us both. Because of all the things we should be doing right now, after so many people died, this isn’t it. This isn’t it. 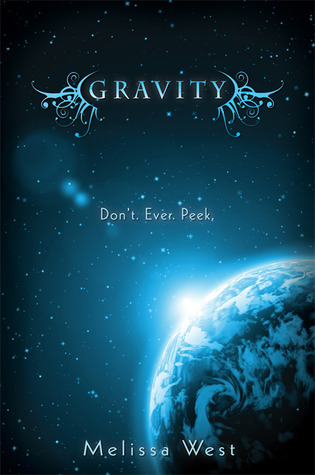 In the future, only one rule will matter:

Seventeen-year-old Ari Alexander just broke that rule and saw the last person she expected hovering above her bed — arrogant Jackson Locke, the most popular boy in her school. She expects instant execution or some kind of freak alien punishment, but instead, Jackson issues a challenge: help him, or everyone on Earth will die.

Ari knows she should report him, but everything about Jackson makes her question what she’s been taught about his kind. And against her instincts, she’s falling for him. But Ari isn’t just any girl, and Jackson wants more than her attention. She’s a military legacy who’s been trained by her father and exposed to war strategies and societal information no one can know — especially an alien spy, like Jackson. Giving Jackson the information he needs will betray her father and her country, but keeping silent will start a war.

Get a Backstage Pass to the Entangled team's fave music!

If you haven’t heard about our new release, Atlantis Rising, you really do need to check it ou…