Who would think Oregon is a place where ghosts walk the woods? Dylan certainly didn’t think so, but when he saw the girl who visits his dreams in the woods behind his grandparents’ house, he became a firm believer in the impossible…and you will too.
When I wrote The Keepers of Life series, my main goal was to tell a fun, supernatural tale that felt real. I wanted to write about magic and mayhem and monsters in a way that would take my readers on a wild ride. The whole series delivers that, starting with the first book, The Marked Son.

I love Dylan. I love that even though he’s had a rough life, he doesn’t let it define him. I love that he is in love with one girl and he fights to keep her safe, even if it means he gets hurt while doing it. If ever there was a boy to root for, it’s Dylan—even when he makes mistakes, he means well. He has a wicked sense of humor and a bad boy attitude that hides his good heart, and in the end, I hope you’ll love him too. Once you read The Marked Son, you’ll want to continue to read what happens to Dylan in The Fallen Prince, and then The Rising King. You won’t believe how this ordinary guy wins the love of his life and embraces a destiny far greater than he could have ever imagined. 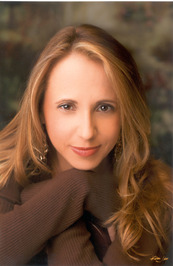 I’m an author of YA fantasy novels, which means I’m the luckiest person alive ’cause I get to spend my day playing with my characters. Some are totally cool, others aren’t so nice, but they all bring something to the party. Seventeen-year-old Dylan Kennedy always knew something was different about him, but until his mother abandoned him in the middle of Oregon with grandparents he’s never met, he had no idea what. When Dylan sees a girl in white in the woods behind his grandparents’ farm, he knows he’s seen her before…in his dreams. He’s felt her fear. Heard her insistence that only he can save her world from an evil lord who uses magic and fear to feed his greed for power. Unable to shake the unearthly pull to Kera, Dylan takes her hand. Either he’s completely insane or he’s about to have the adventure of his life, because where they’re going is full of creatures he’s only read about in horror stories. Worse, the human blood in his veins has Dylan marked for death…

Shea’s book The Marked Son is part of our Paranormal Bundle that is just 99¢ for a limited time this week. 7 Full Teen books for only 99¢! Click here to see more!

Tags
tweet
Dear Reader: Stephanie Thomas
Do You Feel the Shivers? Donna of the Dead by Alison Kemper’s New Cover!