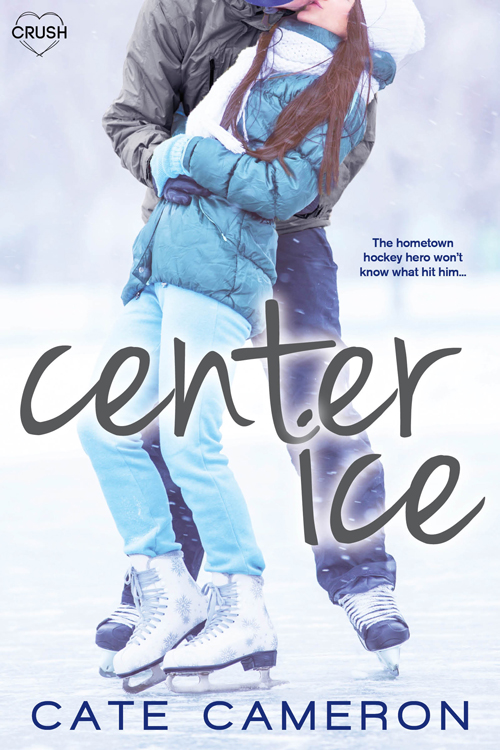 In May we are celebrating our swoon-worthy hockey hero books and you won’t want to miss Center Ice by Cate Cameron which releases on May 19!

One of the questions the Entangled gang suggested as a blog post topic was: Why do you think hockey is becoming such a big thing in romance recently?

It was an interesting question, because I felt like I’d been seeing a lot of hockey-playing heroes lately, but I thought maybe I was just noticing them more because I had my own hockey series coming out. But if it’s actually a trend, and we’re trying to figure out why it’s happening now?

My only question would be how has it taken so long! It’s hockey, y’know? Why haven’t people been casting hockey players as heroes since the beginning of time?

But a slightly more analytical approach? I wonder if hockey players are the right mix of dangerous and reliable. I remember a long time ago I saw a female fan being asked by a TV reporter why she liked Mike Modano and she said something like: “He’s kinda cute, kinda rich, kinda violent.”

Okay, so, no, “kinda violent” isn’t usually something I’d find attractive in a guy. But it’s the “kinda” that makes it okay, I think. Hockey players are “kinda” violent, but they get it out of their systems on the ice. The NHL isn’t like some other pro sports leagues, with players bringing guns into the locker rooms, players shooting people and going to jail… none of that. Hockey players are bad boys on the ice, and then the rest of the time they’re good guys. That’s sexy, right?

And when they’re good, they’re very good. The NHL has its charities, the NHLPA (the players’ union) has its charities, the teams have their charities, individual players have their charities – these guys are giving back. My favourite NHL-connected program? The “You Can Play” project to make sports inclusive for LGBT players was co-founded by an NHL scout and supported by NHL players from the start. Hot guys who are secure in their own sexuality and are ready to support others? That’s super-sexy, right?

For the original “You Can Play” video, (with a lovely closing shot of Henrik Lundqvist!) see:

Oh, oh, you know what else is super-sexy? How protective players are of their goalies! I mean, to some extent they’re protective of everyone, with enforcers stepping in to protect stars, but it’s the goalies that get the real protection. A player who messes with a goalie knows he’s going to get the shit kicked out of him, and, I know, violence is wrong and we should find peaceful solutions and communication is key and—I don’t care. A man who chooses to protect someone and will kick the shit out of anyone who messes with the protected person? Yeah. Super-duper-sexy, once you get rid of the stupid goalie and get the man to start protecting you.

Honestly, I think I could keep going, but the short message, here? Why are hockey players a big thing in romance right now? Because they’re hot. Super-duper hot. It’s that simple. 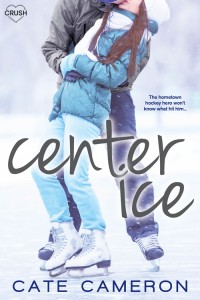 The hometown hockey hero won’t know what hit him…Karen Webber is in small-town hell. After her mother’s death, she moved to Corrigan Falls to live with strangers—her dad and his perfect, shiny new family—and there doesn’t seem to be room for a city girl with a chip on her shoulder. The only person who makes her feel like a real human being is Tyler MacDonald.But Karen isn’t interested in starting something with a player. And that’s all she keeps hearing about Tyler.Corrigan Falls is a hockey town, and Tyler’s the star player. But the viselike pressure from his father and his agent are sending him dangerously close to the edge. All people see is hockey—except Karen. Now they’ve managed to find something in each other that they both desperately need. And for the first time, Tyler is playing for keeps… 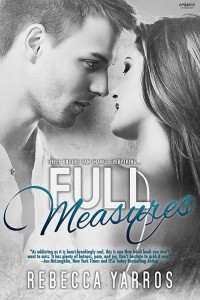 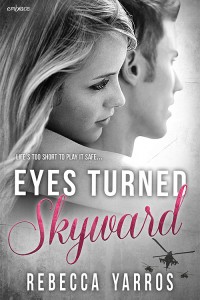 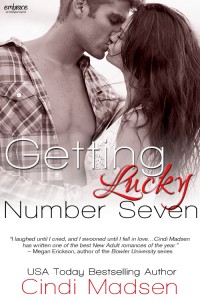 One Voice Against Bullying with Cole Gibsen

One Voice Against Bullying with Shawntelle Madison

Hey readers! We have an extra special excerpt to share with you today! We are crazy in love with The…