Don't Miss
You Are Here: Home » Around the Web » Things We Love: Reign on the CW

Things We Love: Reign on the CW

Posted by :EntangledTeen Posted date : March 31, 2014 In Around the Web, Everything Else, Kate Evangelista, Stuff We Love 0 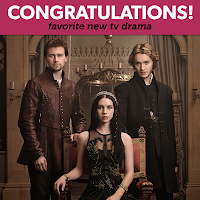 Congratulations are in order. During the recent People’s Choice Awards, Reign, the fledgling period drama from the CW, won Favorite New Drama. This is huge! The series might just get picked up for a second season. *crosses fingers*

As you might have guessed already, Reign is my second sharing post of the year. When I have down time from writing, I love to watch TV. I grew up on Buffy theVampire Slayer, Beauty and the Beast (the 80s version, which I believe is still better than the one they have now *fumes*), and Angel, just to name a few.

Well, the few that I can recall, anyway. Then in recent years I got hooked on Gossip Girl, The Vampire Diaries, Teen Wolf, The Big Bang Theory, White Collar, Covert Affairs, Sons of Anarchy, the list can go on and on. As for the newer shows, I’m currently intrigued by Sleepy Hollow, Enlisted, and yes, Reign. Especially, Reign. There are eight episodes so far and I’ve already watched them all three times and may watch them all over again before the series returns.
I first heard about Mary, Queen of Scots, from the Tudors. She was always this figure who threatened the English Crown. In Reign, we see Mary as a teenager sent to the French Court to marry Francis, the crown prince. A better description of the show can be found here. I don’t want to spend the rest of your time describing the plot.
History is actually one of the things I like about the series. Or should I say the lack of it. Like in Tudors where King Henry is handsome and dashing instead of the portly guy we see in portraits, Reign throws history out the window—a majority of it, anyway. It’s historical fiction. In my opinion, that’s the saving grace of the series. We wouldn’t have all the intrigue, the drama, and the sizzling romance if the writers/creators strictly followed what really happened.
I came into Reign late in the series. I’d hoarded six episodes when I began. Watching episodes one after another without having to wait a week in between completely addicted me to the series. By the time I got to episode six, I was a goner. I needed more and I needed it yesterday. This is why the winter hiatus is killing me. But January 23 isn’t far off. I just need to hold on for a couple more weeks. Yes. *convincing self* 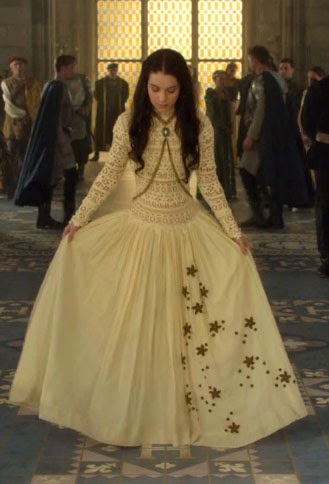 Another historical inaccuracy that added to the beauty of the series is the costumes. The dresses are so beautiful, particularly this cream one with embroidery I’m featuring. I want to wear it! I don’t care that I’m both inches shorter and wider for it. I applaud the designers. They are giving 1557 an updated yet still vintage-y look.
Ready for one more inaccuracy that works for the series? The soundtrack. Lord, I’ve downloaded all the songs from iTunes. From Twin Forks to The Lumineers to Band of Skulls to Bastille, the music selection is both appropriate for the scenes and eclectic. These are not your run of the mill bands and I adore each and every one of them. No song in this series is wasted. Besides The Lumineers, which was recommended to me by a friend, I wouldn’t have discovered these bands without the series. You can find a complete list of the songs by episode here. You won’t be disappointed. Each song stands on its own.
But what drew me the most to the series is the story. I already mentioned the drama and the romance, but there are paranormal elements too. Yes! They are subtle, but they add an air of mystery to the story. From the predictions of Rasputin to the palace “ghost” and the scary pagans in the Blood Wood, you’ll get your paranormal fix. Reign is Tudors meets Gossip Girl meets Pretty Little Liars with a little of the scary aspects of Teen Wolf thrown in. 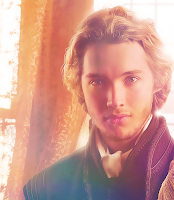 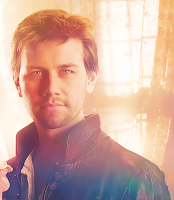 Speaking of romance? You have two hot hunks to choose from, with more  to follow if  I know the CW MO. There’s Francis, the blond crown prince. The nice guy who’s willing to do what’s right for France. And incredibly sweet. That episode where he made her a boat? Slays me! He is torn between his feelings for Mary and his duty to his country. Then there’s Sebastian (Bash, for short). Or should I say, my Sebastian. Lay off, ladies. He is the favorite son who happens to be a bastard, and I mean this in an illegitimate sense. He is head over heels for Mary even if he knows he can never have her. He defines smoldering stare. Like pantie dropping gazes. Man, those eyes. They are a shade of blue that in certain light looks like bottle glass. I miss him already, especially after what happened with the mid-season finale. Oi!
It’s not too late. Treat yourself to a Reign marathon before the series starts again on the 23rd. But beware. This series is absolutely addictive. I look forward to many more episodes.
Tags
Kate EvangelistaReign
tweet
Solar Daybreak Interviews Kate Evangelista, Author of Til Death
Book Boyfriend March Madness: The Final Four (Day One)